We need you to email or print off and mail a letter to the California Board of Parole Hearings to protest the release of a convicted murderer, torturer and rapist… and we desperately need you to please do so. But first, a bit of history… 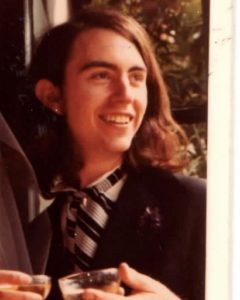 In 1974, San Francisco residents Frank and Annette Carlson, a young and recently married couple, were attacked without provocation in their own Potrero Hill home. Angelo Pavageau, a neighbor who was later convicted and imprisoned for his crimes, broke into their home, overcame Frank, tied him to a chair and proceeded to beat him over the head with multiple blunt objects until the victim succumbed from his injuries. During the heinous attack, according to police records Pavageau actually broke a claw hammer over Frank’s head. The pain and anguish Frank clearly endured is unimaginable. First responders found his head had been “completely destroyed.”

After killing Frank, he then proceeded to rape and torture Annette, eventually leaving her for dead shortly before setting the house on fire. She was repeatedly sexually assaulted, then beaten with a wooden chair. Nearby Good Samaritans discovered a naked and severely scarred Annette after she miraculously escaped with her life through a window. Pavageau was soon captured, tried and convicted for his crimes.

Though initially sentenced to death, the State of California later invalidated the death penalty, thereby commuting his sentence to life with the possibility of parole. In the years that followed, California would yet again change its own penal code to include life without the possibility of parole; however, his sentence remained intact. He has been granted parole hearings numerous times over the years, only to be soundly rejected on every occasion 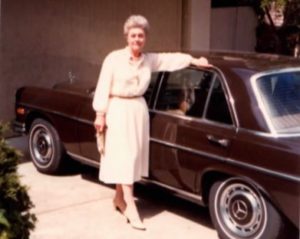 In part due to the tenacity of Frank’s family, including his mother, Elizabeth “Betty” Carlson and father Sten, through every parole hearing, the presence, persistence and continued protests of Frank’s loving parents greatly contributed to parole denial on every occasion. Thanks to the support of friends and family members who have written letters expressing their outrage at the possibility this person should ever be released from jail, the Carlsons have been able to channel public outrage to support their cause. (Please refer to a complete timeline of events on this website, and for further reading, a 2016 Stanford Criminal Justice Center study for more information related to typical parolee outcomes.)

Elizabeth Carlson spent her remaining years as a homicide victims’ advocate and congressional aide, constantly seeking to uphold justice for her son and daughter-in-law. Though she and Frank’s father have passed, it is now Frank’s brother Eric and his wife that now carry Frank’s torch.

Eric, his family, friends, those that knew Frank and Annette all need your help. The prisoner’s next parole hearing is April, 2023. We ask that you email or download, print and mail a protest letter to help keep him in prison so that he continues to pay for his unspeakable acts. This can help:

Copyright © 2020 · All Rights Reserved · Justice For Frank
Back To Top