Frank Carlson was born December 3, 1948 in San Francisco. His life was brutally cut short on April 19, 1974 when he was murdered in a home invasion. His wife was raped, tortured and set on fire after the killer robbed them and escaped their home that he had set afire. 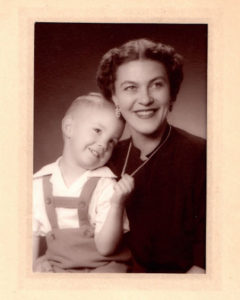 Frank was a child of San Francisco. He grew up in the city, received a Journalism degree from San Francisco State University and was trying to break into the field of music journalism as he worked to support himself and his wife as the Assistant Manager of a Safeway store in San Mateo.

Frank and his wife were two of the most peace loving individuals ever placed on Earth. They dated during the Summer of Love and enjoyed the Bay Area music scene, fine arts, ethnic food and their families. They belonged to St. Peter’s Episcopal church in the Richmond where Frank grew up, having attended George Washington High School. Frank loved his wife, his parents, his brother, his guitar, KSAN-FM and his green BMW 2002.

Frank and Annette purchased their home, a Victorian “fixer upper” on the corner of Kansas and 24th Streets in 1973.  The home was their first, and they eagerly began renovation work as soon as they moved in. Potrero Hill was an ethnically mixed neighborhood, the kind of place they enjoyed as they discovered local eateries and retail outlets. They were planning to travel as soon as their circumstances would allow, looking forward to trips to Europe and across the US.

Frank’s parents, Elizabeth and Sten Carlson lived in Millbrae, having moved there in 1966 after Frank graduated from high school. Frank’s brother Eric attended Mills High School and would go on to graduate from Stanford University in 1979.

The events of April 18-19 are horrible beyond words.

Suffice it to say, the world was robbed of a good person who wanted only to do good things. The world is a worse place for having lost Frank Carlson. Frank’s wife and the extended Carlson family have been changed forever for having gone through this event. They are forced to relive it every time the killer is given a parole hearing. It is only through the help provided by loving friends and a growing number of interested individuals who reach out to help that they can endure the parole process.

Copyright © 2020 · All Rights Reserved · Justice For Frank
Back To Top